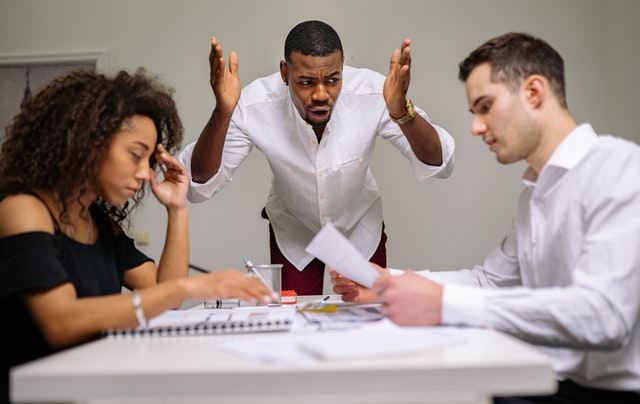 Workplace incivility is on the rise and a new study found that employees who experience or witness incivilities are more likely to be uncivil to others, a worrying trend that could intensify as people return to in-person work.

What the researchers say: "People have gotten used to not having to engage in interpersonal communication as much and that can take an already distressing or tense situation and exacerbate it because people are out of practice of not having to have difficult conversations," said the study’s co-author. "These spirals that we're seeing might be stronger in a post-pandemic world."

Incivility can mean different things to different people, so it can be easily overlooked or missed.

"Incivility is typically ambiguous and not very intense, but it has harmful effects all the same," the researchers noted.

This study is the first comprehensive review of its kind to analyze the factors that predict uncivil behavior in workplaces. They focused on the instigator's perspective to better understand incivility and how to stop it at its source.

In a remote working world, the researchers said, incivility could more easily go unchecked as people hide behind Zoom boxes or chat messages and it can be difficult to discern intent from text without body language or tone of voice. Even as people return to work, organizations may choose to adopt a hybrid model where employees may only come in for team-based work.

"There will inevitably be some conflict as people might be meeting coworkers in person for the first time or they'll be working together again in the same physical space," said the second co-author. "Relationships will need to be renegotiated in different kinds of ways and the likelihood that people are going to be able to address these situations in a conducive manner as compared to before the pandemic will decrease."

"They're at a high risk of starting these vicious cycles," they said. "Providing support is not only the right thing to do but it stops that behavior from spiraling through the organization."

So, what? Obviously, it’s important that complaints about uncivil behavior shouldn't be discounted and organizations should have policies and practices in place that take incidents seriously and address them in a way that curtails them from continuing. Just like bullying—the neurogenetics of which are very similar to incivility.

However, I think it’s wrong to focus the blame for bad behavior on employees. Few people are willingly nasty or uncivil to others. Incivility at work is created by the context of the workplace (including the home in the case of remote working).

Increasing work stress is a large part of that context. Before the epidemic work stress had increased by some 200% during the prior ten years. Remote working has made it much worse. Until we effectively destress the work environment—either on-site or remote—we will have increasing behavioral problems.

The researchers are undoubtedly correct to note that the lockdowns and remote working have gotten people unused to using good communication skills. To be honest, some never learned them (good dialogue and communication is learned and not innate to humans). The increasing reliance on technology is also partly to blame. You don’t have to be civil to a machine and the way you communicate with your apps or with AI can become your standard communication style.

We can reduce incivility and bullying in four ways: