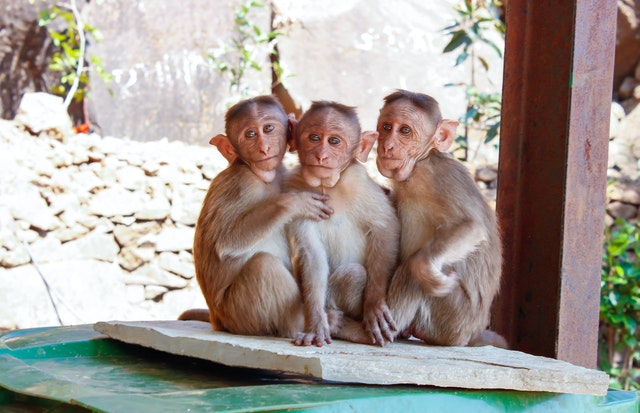 Many years ago, when I was a young (relatively speaking) scientist exploring the new field of behavioral neurogenetics, I wrote a paper titled “When is a rabbit not a rabbit?” for an obscure journal. In it I argued that it was impossible to understand a group animal—or plant for that matter—outside of the context of the larger tribe, community, anthill, or forest to which it belongs.

A tree can only be understood within the context of the ecosystem it evolved to exist within, a rabbit within the context of a warren and a human within a group. Outside of a group, forest or warren the genes of the animal or plant express themselves differently to the extent that they can no longer really be called a tree, a rabbit or a human being.

Since that time, I have been developing this thesis into what I call the “design specs theory” of human behavior. The basis of this is that if we want to reduce mental and physical illness, stress and a whole range of other problems, we must allow humans to operate in as close a context as possible to that which they were designed to be in.

For a group animal such as a homo sapiens, this means primarily the relationship context since we are driven to surround ourselves with people we believe will protect, support, and nourish us. We must form relationships which meet our primary social needs. Anything that inhibits this drive—such as the dehumanization of work, transactional leadership, the unsupported nuclear family, class and racial divisions or inequality—creates the kind of problems which our society is presently afflicted with because they go against our genetic design specs (a process which has been going on for 10,000 years, since the invention of farming).

Over the last few years, studies appear almost every week which confirms the “design specs theory.” This week there have been two of them, both in the magazine Science.

The researchers behind both papers assume, as I did, that all animals evolving in social groups, from ants to humans, birds and monkeys, adapt their behavior to the group. The group represents a considerable evolutionary advantage for many species. It allows them to find solutions or accomplish tasks that are impossible to achieve alone: from reducing predation to building habitats, from ant hills to human cities. These behaviors arise from social interaction, be it verbal or non-verbal communication, mimicry, memorization, or other signaling processes.

The research shows that we can’t understand decision-making of an individual without reference to the group and that specialized neurons within the brains of all social animals enable the kind of brain-to-brain communication (through vocalizations) which harmonize cognitive processes such as decision-making and mutual assistance.

Research in ethology has already revealed collective decision-making within social groups of animals. These decisions are made by individuals without them realizing that it is a collective effort, but simply by having one-to-one interactions that gradually guide the whole group in the same direction. This is for example the case with some birds such as starlings when they fly. By computer modelling interactions, it is even possible to simulate what type of collective behavior would emerge from these interactions, by varying the skills of the individuals in the group, such as memory and the ability to signal information to others.

But what happens in the brains of these individuals when they interact and make individual decisions within groups? Until now, neuroscience has mainly studied animal intelligence at the level of an individual brain in isolation. However, it is quite possible that the brain of this animal changes its functioning when it evolves within a group. Technological advances in brain imaging now make it possible to make electroencephalographic recordings, i.e. of the brain's electrical activity, using portable machines. The study of social cognition has thus been able to move out of the laboratory and into “real life”.

What the researchers say: “We now know that in humans, within a group, the electrical activity of the brains of the individuals that make up the group can be synchronized during various social interactions, from communication to learning,” said the lead author of the first study.

The major novelty of the approach of both groups of scientists is that they look not only at two-to-two interactions but also at all interactions within the group, potentially a very large number of interactions at the same time. The synchronization phenomenon already observed in humans (see TR October 10) also exists in other primates and bats, suggesting a mechanism that is conserved at least in mammals. How this ability is encoded in the brain is a new field of research that these publications started to uncover.

So, what? Could the key to social intelligence lie in the synchronization of brains, allowing group interactions to be made? If so, should social neuroscience now focus on the group rather than the individual?

Above all, this work suggests the importance of studying social intelligence at both scales. These studies form an important trio with the earlier reported study. In many ways they are the most important studies that have come out over the last 10 years as far as management, leadership, decision-making and a variety of other studies are concerned.

The brain synchronization that happens naturally in bats, primates and perhaps ants depends on their being able to act in accordance with their design specs and within the context that their evolution fitted them for.

In human terms this synchronization perhaps only happens in groups like really harmonious extended families (if there are any left) and what we call high performing teams. The reason this happens in HPTs is rather simple: managements which have successfully cultivated these teams (only 5% of teams are really HPTs) have created a context where individuals have the chance to socialize and discover commonalities, where the predominant management style is transformational and people are not results-orientated, where there is a culture of praise and mutual support and where the organizational structure is flat. Those are the essential characteristics of a hunter-gatherer band and are embedded within our DNA—our design specs.

Contrary to widely held gender stereotypes, women are not more emotional than men. Feelings such as enthusiasm, nervousness or strength are often interpreted differently between the two genders. It's what being "emotional" means to men vs. women that is part of the study that dispels these biases.

Although the #MeToo movement raised public awareness of sexual harassment in Hollywood and other high-profile industries, comparatively little attention has been paid to the rampant sexual harassment experienced by frontline service workers such as waitresses, baristas, bartenders and retail clerks.