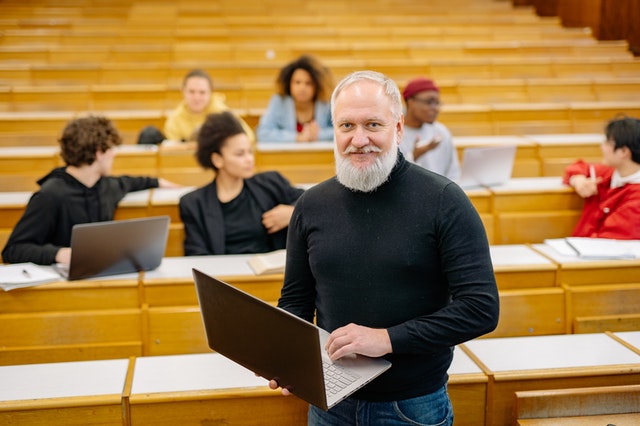 A new study shows that work plays an active role in keeping our brains healthy. That’s not news exactly, but the study contains findings which are very new.

What the researchers say: “We have demonstrated the role of work on cognitive performance,” said the lead researcher. “Many studies have been focused on the factors influencing our brain aging and differences in cognitive decline have been often observed in association with education or other related to quality of life. From our analysis it emerges that the type of work activity also contributes to the differences in normal and pathological cognitive aging”.

The research, carried out by a team of Spanish and Italian scientists, quantified the relative contribution of demographic factors (age and gender), comorbidity, education and occupation to the so-called cognitive reserve, that is the brain’s resistance to damage caused by illness or aging. Participants were assessed with a series of neuropsychological tests and subsequently divided into three types of profiles based on the results: subjects at risk of cognitive decline, subjects with mild decline and subjects with severe decline.

The tests were repeated twice a few years apart. Depending on whether they maintained or worsened their profile based on their initial performance, participants were classified as “resistant” or “declining”.

The analysis surprisingly shows that occupation is a good predictor of participants’ performance in addition to age and education, two factors that have already been studied.

“As in other studies, we confirmed that higher education protects people from the risk of cognitive decline. We also found that those who had worked in more mentally challenging occupations had better outcomes,” said another of the study’s authors. In other words, the “resistant” group had on average higher levels of education and more complex jobs than the “declining” group.

The results demonstrate benefits of lifelong learning in retaining mental resilience and that social connection, ongoing sense of purpose and ability to function independently boost cognitive health and general well-being as part of healthy aging.

So, what? This research ties in with the other recent studies on resilience which show that three of the main factors leading to mental resilience are: mental challenge and stimulation, autonomy—a sense of having agency in one’s life and work—and supportive relationships.

Normal work can supply all of these, but remote working cannot because, although it seems on the surface that a person can work remotely and still have autonomy, mental challenge and relational support, the reality is that they can’t.

The sense of relational support often falls away over time if a person works remotely and although it seems as if autonomy is increased, in reality the demands placed on the remote worker actually reduce their sense of agency.

I would expect, therefore, that as remote working becomes more the norm, cognitive decline among people in the so-called decline resistant occupations will increase.

We have difficulty appreciating just how enjoyable thinking can be and prefer to keep busy with devices and other distractions, rather than taking time for reflection and imagination.