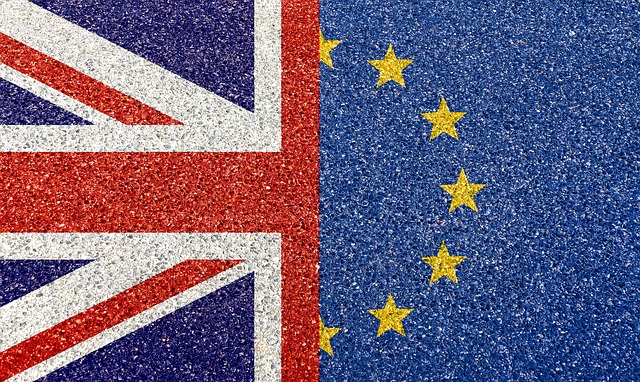 Political polarization—the ever-present and growing division between Republicans and Democrats (or Brexiters and Remainers) along ideological lines—has a powerful grip on the United States and other countries, and new research helps to explain why.

What the researchers say: “Political polarization is linked to economic inequality, and we have created a mathematical model showing a causal explanation for that link,” said the lead author. “We also show that once polarization occurs, it can spread rapidly to the whole population and persist even when the conditions that produced it have reversed.”

The work offers both a theoretical account and empirical support for the emergence of polarization as a response to economic hardship.

Polarization is a social phenomenon in which a population divides into belligerent groups with rigidly opposed beliefs and identities that inhibit cooperation and undermine pursuit of a common good.

“In our models, the reason that inequality ends up causing polarization is that when people are faced with economic hardship, they become more risk averse. They prefer to have interactions with their own groups, or “ingroups” of people where they have less risk of failure,” the researchers said. This leads to withdrawing interaction with other “outgroups” of people who are dissimilar to them, building to an attitude of ‘us vs. them.’

“Economic inequality has been rising for the last half of the 20th century, and it has reached heights never before seen in our lifetimes,” they said. “Rising inequality is sufficient to cause the polarization we see now in public discourse.”

That polarization may also explain the emergence of populist and other far-right political movements.

“Economic stress and fear have shown to be excellent highly localized predictors for the success of a number of populist movements including in the Ukraine as well as the United States and United Kingdom,” reports the lead author.

So, what? This may be one of the reasons that Republicans (i.e. DT followers) and other right-wing “populist” movements have striven to keep people poor.

The research solidifies several other recent studies which have reached the same general conclusion—particularly regarding the link between poverty and risk-aversion.

And inequality will get worse. A recent study—widely publicized—showed that $1 trillion has been added to the wealth of US billionaires since the onslaught of COVID.

Development of cost-effective techniques for measuring the human genome has led to an exponential growth in the direct-to-consumer genetic testing. It is estimated that over 30 million customers have already taken a DNA test. What are the implications of this growth for the field of marketing?