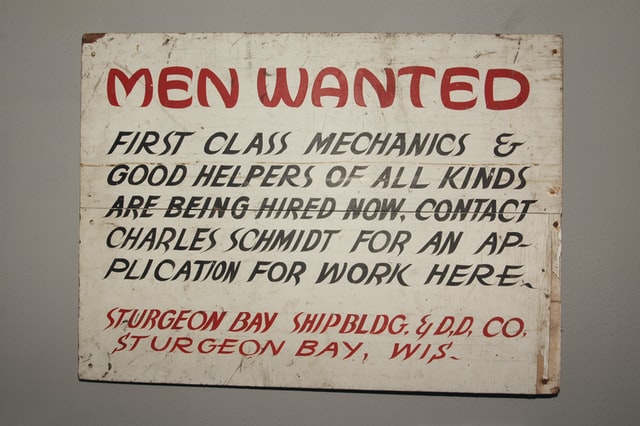 80% of jobs are communicated to people informally and these communications are often riddled with gender bias, providing a female (versus male) candidate with a less positive description of a leadership position, especially when the decision maker is more conservative. These are the findings of a new study looking at the role gender bias plays in the leadership gap between men and women.

The persistence of a gender wage gap indicates that while discrimination is ending, bias lingers. The World Economic Forum’s Global Gender Gap Report 2020 found “there is still a 31.4% average gender gap that remains to be closed globally.” In the private sector, women occupy only 29% of senior-level executive positions despite comprising 48% of the entire private sector workforce.

What the researchers say: “We wanted to find out if women were subtly discouraged from pursuing leadership positions,” the lead author explains.

The researchers carried out five experimental studies to detect possible gender bias in communication during the pre-recruitment phase. The group homed in on political ideology as a predictor of bias, “because this individual characteristic predicts favoring of status quo,” as they say in their paper “It’s a man’s world! The role of political ideology plays a large part in the early stages of leader recruitment.” The findings were published in Organizational Behavior and Human Decision Processes.

Participants were told they had to recruit a male or female leader for an imaginary company and were given information about the company. They were randomly split into two groups, and one had to communicate with the female candidate (Sarah) and the other with the male candidate (David). Conservative participants in the group that thought they were communicating with David picked more positive pieces of information to convey about the position and the company, and those communicating with Sarah picked less positive information.

Conservative participants were less positive in describing the position to the female candidate, and more positive when they thought they were talking with David—probably because conservatives tend to favor the status quo (male leadership, in this case). Liberals, instead, did not exhibit this trend.

“Given the statistics that 80% of jobs are communicated to people informally and coupled with our finding that these communications may be riddled with gender bias, it is important for companies to rethink about how they communicate with candidates at that stage. One way to do that would be to make the process more formalized to allow for less gender bias and less human error,” said the lead author.

As the glorious W.S. Gilbert (of the Gilbert and Sullivan partnership) wrote in the 19th Century in the comic opera Iolanthe:

“Every boy and every gal

That’s born into this world alive

Is either a little liberal,

Or else a little conservative!”

Contrary to popular stereotypes, young men today are likely to be selfless, socially engaged and health-conscious, according to a new study