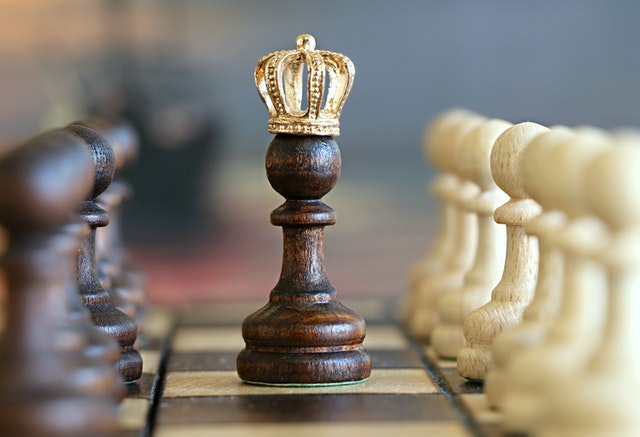 King Richard III’s involvement in one of the most notorious and emotive mysteries in English history may be a step closer to being solved by a new study. One of the ultimate cold cases.

Richard has long been held responsible of the murder of his nephews King Edward V and his brother, Richard, Duke of York—dubbed ‘the Princes in the Tower’—in a dispute about succession to the throne. The pair were held in the Tower of London but disappeared from public view in 1483 with Richard taking the blame following his death two years later.

It has become one of the most enduring unsolved mysteries of all, stoked by references in Shakespeare’s play about the doomed Yorkist king and influenced by subsequent monarchs who were keen to paint their predecessor of a different blood line as a monster.

Defenders of Richard III have pointed to a lack of hard evidence to connect the king to the disappearance of the princes, who were aged just 12 and 9 when Richard took the throne in June 1483. But a study in the journal History, claims that there is now clear evidence to substantiate the allegations against the men identified as the boys’ murderers, and to connect them to Richard III.

Integral to this is the “History of King Richard III” by Sir Thomas More (himself executed by Henry the Eighth, the son of the man who led the revolt against Richard) which was the first detailed account of the deaths of the princes. More named two men, Miles Forest and John Dighton, as the murderers. More claimed that they were recruited by Sir James Tyrell, a servant of Richard III at his orders.

You know, “The King told me to do it defense.” Rather like “The President sent me to the Capitol.” Just following orders.

Until now, many people have questioned this story as being written long after the event, as “Tudor propaganda” to blacken the name of a dead king, and even suggested that the names of the alleged murderers were made up by More. Medieval “Fake News” of course.

But the lead author of the new study believes that More came to the right conclusion due to some inside knowledge. Two of the famed politician and philosopher’s fellow courtiers were the sons of Miles Forest, one of the men More named as having killed the princes. (Very circumstantial!)

What the researcher says: “This has been the greatest murder mystery in British history, because we couldn’t really rely on More as an account of what happened—until now,” said the study’s author.

“But I have shown that the sons of the chief alleged murderer were at court in Henry VIII’s England, and that they were living and working alongside Sir Thomas More. He wasn’t writing about imaginary people. We now have substantial grounds for believing that the detail of More’s account of a murder is credible.”

The mystery surrounding the princes has resonated for centuries, being revived in the 1670s when the bones of two boys were rediscovered in the Tower of London, and again in the 1930s when the remains, which had been reburied in Westminster Abbey, were scientifically reexamined.

So, what? England has had many bad, insane or evil monarchs—John, William the Conqueror, Edward I, Henry VIII, Mary Tudor, Charles I and Mad King George. Some of them probably did more harm to the realm than poor old Richard III. But More and Shakespeare ensured his brief (two years and one month) reign of suspected infamy would live on as subject of intense historical and legal debate. He was just 33 when he was killed during the battle of Bosworth in 1485 by the forces of Henry VII (himself no angel).

Like England and its notorious monarchs, the US has had a few bad and incompetent presidents, and the last one, DT, will probably forever be at the bottom of many historians’ list. His Senate trial will be fascinating—in many ways it’s not unlike King Charles I’s trial for treason by a court created by the English parliament in January 1649. Especially since England was as sharply politically divided then as the US is now (between Royalists and Roundheads).

I wonder: Will the world still be debating the misdeeds of DT 500 years from now? Did he really try and subvert the constitution between 2016 and 2021? Was he really responsible for the murder by neglect of 400,000 of his fellow citizens? Was he really an insane narcissist? Will the Senate have the stomach to hear the truth? The constitutionality of the trial of Charles I was as hotly debated among constitutional experts and the public in 1649 as is the case in the current Senate trial.

The main difference: DT will probably not be beheaded for his crimes.