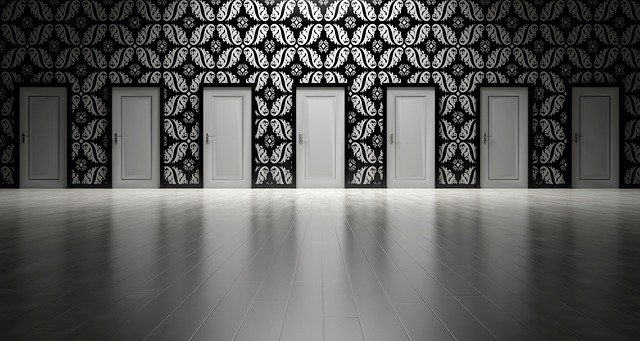 This may be one of the most important studies of the last 12 months as it questions much of what we thought about decision making. It’s also a great example of the convergence of two quite separate fields—cardiology and neuroscience. Read on!

A popular streaming service boasts a film inventory approaching 4,000 titles. When it’s time to pick a movie, are you more likely to quickly make a decision or meticulously sift through the possibilities? (I gotta confess, I’m meticulous).

Psychologists refer to those who search minimally for something to arrive at an adequate choice as “satisficers.” It’s the “maximizers,” meantime, who search exhaustively for what might be considered as the perfect option.

Previous studies exploring both strategies after making a choice often present satisficing as a more psychologically healthy alternative and even something to aspire to. And why not? Spending about as much time choosing a movie as it takes to actually watch it seems like the agonizing reality of someone incapable of choosing from a constellation of options.

The  new research measuring cardiovascular responses in the moment of making a choice, rather than after-the-fact, suggests the opposite: It’s the satisficers who feel incapable, and what appears to be a speedy certainty might instead be a defense from having to think too deeply about the choices being presented to them.

What the researchers say: “We might assume maximizers are having a negative experience in the moment, obsessing over the perfect choice. But it appears to be the satisficers—and that might be why they’re satisficing,” said the paper’s lead author. “We found evidence that compared to maximizers, satisficers exhibited cardiovascular threat responses consistent with evaluating themselves as less capable of managing their choice in the moment.”

The findings, published in the journal Psychophysiology, break with traditional wisdom. The implications are relevant not just to everyday decision making but speak as well to how people approach significant choices, according to the researchers.

“Anyone who has had the experience of maximizing and thought about the energy and stress saved by satisficing might want to rethink that position,” they said. “There’s a time and a place for satisficing, but people who do so as a defense against the agony of choice might not be prepared to make critical decisions when they have to.”

Using a sample of 128 participants, the researchers first assessed everyone’s decision-making style (maximizing vs. satisficing), before presenting them with 15 online personal profiles and accompanying cards with related biographical details. Participants had three minutes to choose their “ideal” person or partner. Afterward, they reported on their decision.

Unlike previous studies, the researchers measured cardiovascular responses to better understand participants’ psychological experiences during their choice, a method the researchers have used in previous work. In particular, they focused on how people experience two key motivational dimensions called task engagement and challenge/threat.

Task engagement describes how much people care about what they’re doing, as indicated by how hard and fast the heart is pumping. Challenge/threat addresses how capable and confident someone feels in moments of stress. Confidence (challenge) causes arteries to dilate, a more efficient cardiovascular state than threat, or lack of confidence, which causes the arteries to constrict.

The lead author said the team found no evidence that maximizers and satisficers differed in terms of task engagement, or how much importance they placed on their decisions.

“What we did find is that satisficers exhibited greater threat,” he said. “It presents a novel view of satisficing, one that is more defensive, uncomfortable and reactionary in nature, rather than easy, expedient and carefree.”

The researchers claim that satisficers may search minimally through their options not because they are less particular or simply care less about their choices than maximizers, but because they feel incapable of choosing from so many options.

“Ultimately, whether we’re the Netflix viewer who swiftly settles for the lame but relatable romantic comedy, or who scrolls endlessly through its bottomless offering list of content options, it’s important to occasionally press the pause button and ask why we are approaching this decision the way we are,” they concluded.

So, what? This is a great study, but it will need to be reinforced by further research. I am also a little unsure about the concentration on the effects of quick or ponderous decision making on the heart rate and blood flow. It may be that maximizing is less stressful, but prior research has also shown it to be less effective as a decision-making strategy, and thus probably more stressful in the long term. Decisions made quickly are far more liable to be accurate.

This may be because fast decision making is a survival mechanism. In times of danger (for example when faced by a hungry lion or a charging elephant on the savanna) an instantaneous decision is called for. So, a preference for quick decisions is hardwired into our DNA. Our whole cognitive system is devoted to the need for action. Our assumptions, or beliefs, our habits, our memories, don’t have a chance to get in the way.

Chimpanzees are faster than us, stronger than us and can easily climb trees. They have the luxury of taking more time to make a decision—and since they have fewer assumptions etc. those don’t get in the way of clarity.

A chimp’s greater maximizing works because their defensive system allows them to feel safe enough to take more time. If we feel safe enough we can afford the luxury of maximizing—but probably we will make a worse decision as a result.