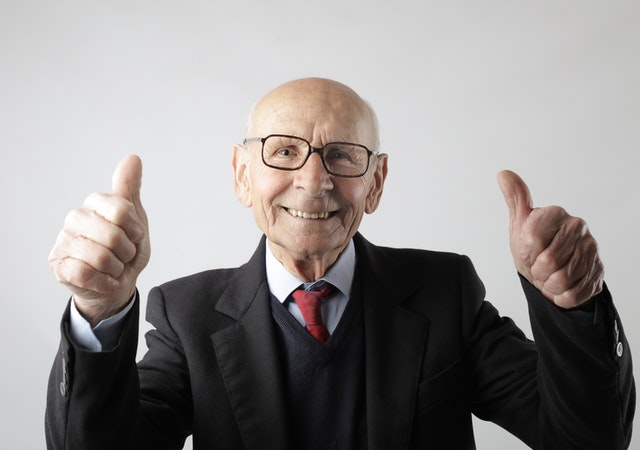 Is middle age really the “golden age” when people are the most optimistic in life? Researchers carried out the largest study of its kind to determine how optimistic people are in life and when, as well as how major life events affect how optimistic they are about the future.

What the researchers say: “We found that optimism continued to increase throughout young adulthood, seemed to steadily plateau and then decline into older adulthood,” said the lead author. “Even people with fairly bad circumstances, who have had tough things happen in their lives, look to their futures and life ahead and felt optimistic.”

The study, published in the Journal of Research in Personality, surveyed 75,000 American, German and Dutch people between the ages of 16 and 101 to measure optimism and their outlook about the future. The researchers looked at life events such as: marriage, divorce, a new job, retirement, changes in health and loss of a partner, a parent or a child.

“Counterintuitively—and most surprising—we found that really hard things like deaths and divorce really didn’t change a person’s outlook to the future,” they said. “This shows that a lot of people likely subscribe to the ‘life is short’ mantra and realize they should focus on things that make them happy and maintain emotional balance.”

The lead author explained that regardless of life’s good and bad circumstances, from the time people are 15 to almost 60 or 70, they become more and more optimistic.

“There’s a massive stretch of life during which you keep consistently looking forward to things and the future,” he said. “Part of that has to do with experiencing success both in work and life. You find a job, you meet your significant other, you achieve your goals and so on. You become more autonomous and you are somewhat in control of your future; so, you tend to expect things to turn out well.”

As people age into the elderly phase of life, the study showed a shift to declines in optimism, likely driven by health-related concerns and knowing that the bulk of life is behind you. While the elderly aren’t fully-fledged pessimists, there is still a noticeable change.

“Retirement age is when people can stop working, have time to travel and to pursue their hobbies,” the researchers said. “But very surprisingly, people didn’t really think that it would change the outlook of their lives for the better.”

“We oftentimes think that the really sad or tragic things that happen in life completely alter us as people, but that’s not really the case,” said the lead author. “You don’t fundamentally change as a result of terrible things; people diagnosed with an illness or those who go through another crisis still felt positive about the future and what life had ahead for them on the other side.”

So, what? This is an important study and one of its most profound conclusions was how resilient people are. That’s important because the current deficit of social resilience may be overcome if we’re able to individually get our relationship networks functioning better. So many studies have shown that supportive relationships are the key to resilience and optimism.

Previous studies have shown that we’re born incredibly optimistic and we become more realistic throughout childhood as we learn balance and adopt a certain degree of pessimism.

Abused, neglected, or harshly criticized children become almost wholly pessimistic in outlook unless their genetic disposition to optimism is strong enough to sustain them.

One of the study’s most interesting conclusions is the relative decline in optimism in old age. On the face of it this seems contrary to a number of studies—the latest one published just this week—showing that life satisfaction actually increases among that cohort. A high sense of life satisfaction and an increasingly pessimistic outlook about the future may not be incompatible.

I think the reason is that the older you get the less future there is to be optimistic about and therefore you are more able to live for the now. The ability to live in the present has been shown to increase a person’s subjective sense of wellbeing. A guru of mine—who I have often quoted—once said that looking back at the past was pointless because there’s nothing you can do about it and looking forward to the future only causes you to waste your time now waiting for it to happen. There is no future, there is no past, only the “now” to enjoy and learn from.