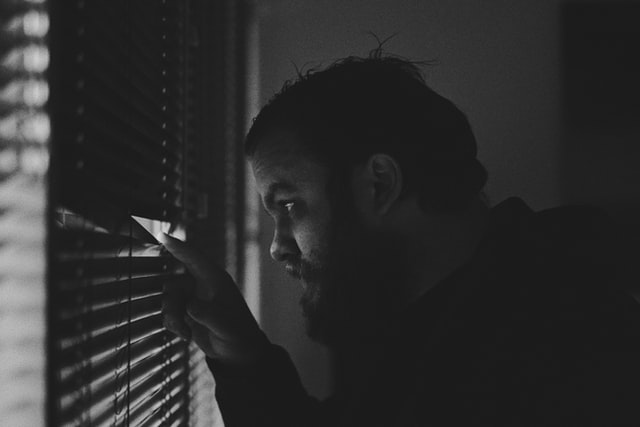 I thought that the “Pizzagate” conspiracy theory was dead and buried. I was wrong, according to a story in the NY Times, it’s alive and well and living on Tik Tok. It’s simply taken on a new life with new characters but is as equally absurd as the last rendition which was so actively promoted by some Republican strategists for DT’s 2016 campaign. How could this be?

The answers come in a study which offers a new way to understand how unfounded conspiracy theories emerge online. The research, which combines sophisticated artificial intelligence and a deep knowledge of how folklore is structured, explains how unrelated facts and false information can connect into a narrative framework that would quickly fall apart if some of those elements are taken out of the mix.

The authors illustrated the difference in the storytelling elements of a debunked conspiracy theory and those that emerged when journalists covered an actual event in the news media. Their approach could help shed light on how and why other conspiracy theories, including those around COVID-19, spread—even in the absence of facts.

The researchers used machine learning to analyze the information that spread online about the Pizzagate story. The AI automatically can tease out all of the people, places, things and organizations in a story spreading online—whether the story is true or fabricated—and identify how they are related to each other

In either case—whether for a conspiracy theory or an actual news story—the narrative framework is established by the relationships among all of the elements of the storyline. And, it turns out, conspiracy theories tend to form around certain elements that act as the adhesive holding the facts and characters together.

What the researchers say: “Finding narratives hidden in social media forums is like solving a huge jigsaw puzzle, with the added complication of noise, where many of the pieces are just irrelevant,” the lead author said.

In recent years, researchers have made great strides in developing artificial intelligence tools that can analyze batches of text and identify the pieces to those puzzles. As the AI learns to identify patterns, identities and interactions that are embedded in words and phrases, the narratives begin to make “sense.”

The visual representations of those story frameworks showed the researchers how false conspiracy theory narratives are held together by threads that connect multiple characters, places and things. But they found that if even one of those threads is cut, the other elements often can’t form a coherent story without it.

In contrast the stories around actual conspiracies—because they’re true—tend to stand up even if any given element of the story is removed from the framework. Consider Bridgegate, for example, in which New Jersey officials closed several lanes of the George Washington Bridge for politically motivated reasons. Even if any number of threads were removed from the news coverage of the scandal, the story would have held together. All the characters involved had multiple points of connection by way of their roles in New Jersey politics.

“Those connections don’t require the same ‘glue’ that a conspiracy theory does,” said the researchers.

To analyze Pizzagate, in which the conspiracy theory arose from a creative interpretation of hacked emails released in 2016 by Wikileaks, the researchers analyzed nearly 18,000 posts from April 2016 through February 2018 from discussion boards on the websites Reddit and Voat.

“When we looked at the layers and structure of the narrative about Pizzagate, we found that if you take out Wikileaks as one of the elements in the story, the rest of the connections don’t hold up,” they added. “In this conspiracy, the Wikileaks email dump and how theorists creatively interpreted the content of what was in the emails are the only glue holding the conspiracy together.”

Another difference that emerged between real and false narratives concerned the time they take to build. Narrative structures around conspiracy theories tend to build and become stable quickly, while narrative frameworks around actual conspiracies can take years to emerge. For example, the narrative framework of Pizzagate stabilized within a month after the Wikileaks dump, and it stayed relatively consistent over the next three years.

“The fact that additional information related to an actual conspiracy emerged over a prolonged period of time (here five and half years) might be one of the telltale signs of distinguishing a conspiracy from a conspiracy theory,” the authors wrote in the study.

The researchers said it’s becoming increasingly important to understand how conspiracy theories abound, in part because stories like Pizzagate have inspired some to take actions that endanger other people.

I remember that Edgar Welch, an ardent Pizzagate believer, went to the restaurant with a gun looking for supposed caves hiding victims of sex trafficking. He found no caves, not even a basement. He fired shots at a door believing that it led to the hiding place but, thank goodness, failed to hurt anyone.

The researchers are also examining conspiracy theories related to COVID-19. They’ve tracked down how the conspiracy theories are being layered on to previously circulated conspiracy theories such as those about the perceived danger of vaccines, and, in other cases how the pandemic has given rise to completely new ones, like the idea that 5G cellular networks spread the coronavirus.

“We’re using the same pipeline on COVID-19 discussions as we did for Pizzagate,” they said. “In Pizzagate, the targets were more limited, and the conspiracy theory stabilized rapidly. With COVID-19, there are many competing conspiracy theories, and we are tracing the alignment of multiple, smaller conspiracy theories into larger ones. But the underlying theory is identical for all of them.

So what? We who value truth and science over groundless lies and assumptions must be prepared to challenge all assumptions—even our own. We know that 70% of all assumptions are wrong so to take anything on face value is to open oneself up to accepting the false assumptions of others.

And, in the end, conspiracy theories are based on assumptions—you have to assume that an unprovable element is true even if no verifiable proof is offered. That so many do is psychologically understandable—people look for confirmation of their own biases and suspend disbelief to do so—but sad. Also, we tend to believe the lies that we are told by people that we consider to be part of our tribe—for example, the Republicans who swallow DT’s lies whole.

I seriously doubt if any Democrats believed in Pizzagate.