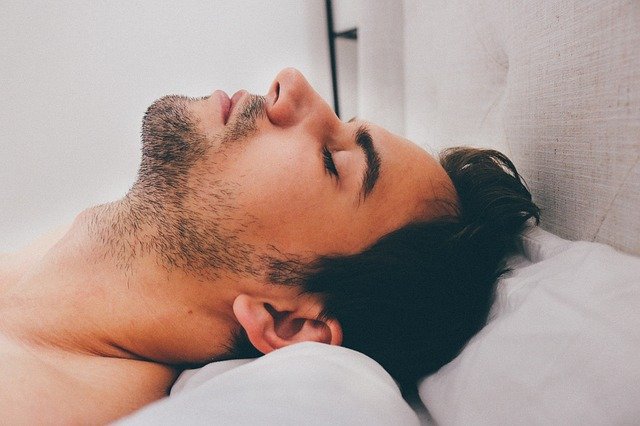 In the United States, the average American sleeps less than the minimum seven hours of sleep per night recommended by the Center for Disease Control, and nearly half of Americans report negative consequences from insufficient sleep. This problem appears to be especially prevalent in men, who report getting significantly less sleep, on average, than women.

A cultural complication is the notion that getting less than the recommended amount of sleep signals something positive about an individual. For example, US President Donald Trump has boasted about getting less than four hours of sleep per night and regularly derogates his political opponent Joe Biden as "Sleepy Joe."

A new study published in the Journal of the Association for Consumer Research, examines a possible stereotype connecting sleep and masculinity along with its underlying mechanisms and its social implications.

Collectively, the experiments found that men who sleep less are seen as more masculine and more positively judged by society. The same patterns were not consistently observed for perceptions of women.

What the researchers say: "The social nature of the sleep-deprived masculinity stereotype positively reinforces males who sleep less, even though sleeping less contributes to significant mental and physical health problems," the authors write. This may be particularly detrimental because men frequently have significantly more negative attitudes towards seeking psychological help. "Unfortunately, the problems created by the sleep-deprived masculinity stereotype may reach beyond individuals and into society, as men who sleep less are found to be more aggressive and violent." This is an example of the restrictive and toxic characteristics of masculinity, "which can be harmful to men's health and society at large."

The bright side of this research, the authors say, is that "as society continues to challenge traditional definitions of masculinity, attitudes toward sleep may become more positive, and all people might enjoy more nights full of healthy sleep."

So, what? I sleep between 6 and 8 hours a night. I guess that makes me both more and less manly according to the stereotype. I can’t win!

There are so many myths about masculinity—and femineity for that matter. “Real men” are supposed to do this or that—mostly things that do them harm. There are obvious and less obvious biological/genetic and neurobiological differences between men and women and this enables them to accomplish different tasks—such as breast feeding. These are pretty fixed and are governed by what we call “hard genes”—those that don’t change their expression with experience or environmental context.

They also have, generally, different behavioral traits—women are, by and large, better at forming relationships, for example, men have a slight advantage in task concentration.

However, these are covered by “soft genes” which can be influenced by experience, environment (especially relationship environment) and context. This means that in these areas the man/woman differences are not at all fixed. In a certain context a woman can make a good hunter and a man an efficient gatherer. Experience can make one either good or bad at relationships or task-focus.

Most the attributes of “real men” are not genetic but forged by experience and context. To the extent that any are genetically based, the genes in question are of the soft-variety and have no more force than a greater or lesser disposition to certain attitudes or behaviors. And this disposition can be altered by the context that the man is in or the experiences he has had.