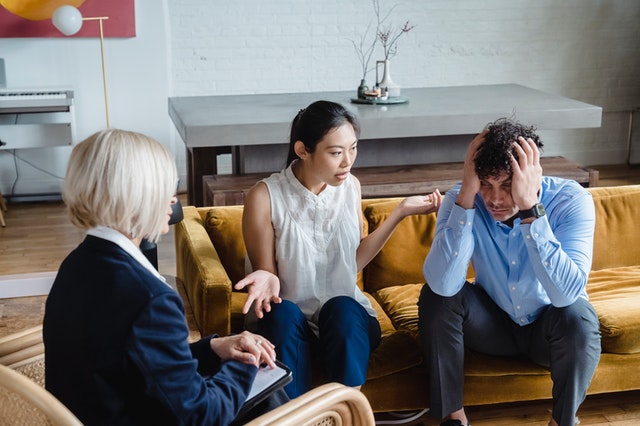 A new study of online relationship support finds that men tend to experience emotional pain more than women when their relationship takes a turn for the worse.

An international team of psychologists conducted the first-ever “big data” analysis of relationship problems. The study began as an attempt to create a map of the most common relationship issues experienced by people outside of clinical and counselling settings.

Using natural language processing methods, the team analyzed the demographic and psychological characteristics of over 184,000 people who posted their relationship problems to an anonymous online forum. The researchers were then able to statistically determine the most common themes that came up across each post, creating a “map” of the most common relationship problems.

Results showed that communication problems were the #1 most frequent problem mentioned, with nearly 1 in 5 people noting difficulty discussing problems, and 1 in 8 mentioning trust issues in their relationships.

Previously unexpected patterns emerged from the data as well, including key gender differences in which themes were used the most.

“As we were conducting the study, we realized that this was an important opportunity to put a lot of common ideas about gender differences in relationships to the test” said the lead researcher of the project. “For example, are men truly less emotionally invested in relationships than women, or is it the case that men are simply stigmatized out of sharing their feelings?”

Contrary to their expectations, the team’s findings showed that men discuss heartbreak significantly more than did women. These findings suggest that the stereotype of men being less emotionally invested in relationships than women may not be accurate.

“Notably, the fact that the heartache theme was more commonly discussed by men emphasizes how men are at least as emotionally affected by relationship problems as women,” the researchers said.

Additionally, they found that men were more likely to seek relationship help than women in online settings. “Traditionally, women are more likely to identify relationship problems, consider therapy, and seek therapy than are men. When you remove the traditional social stigmas against men for seeking help and sharing their emotions, however, they seem just as invested in working through rough patches in their relationships as women.”

The team’s findings have implications for the general public, as well as clinical settings. The researchers noted that developing a more accurate picture of relationship problems helps us to better understand when and why things go wrong in our relationships, potentially helping couples, and business colleagues avoid the most common setbacks to relational success. The study’s authors also suggest the findings may help to destigmatize help-seeking by showing how common many relationship problems are, and by showing that men are just as likely as women to seek help in the first place.

So, what? This is an important study. We are constantly learning how the myths that have grown up around gender differences are based on false assumptions, and that these assumptions are based on conditioning rather than science.

There are obvious biological differences between men and women, and these must be allowed for. There are also, again obviously, psychological differences which are grounded in biology and the needs that that biology imposes. However, in terms of behavioral traits—help seeking for example—or allowing oneself to show emotion, experience and context matter more than genetics.

Need to vent? Turn to real-life support, not social media

Social media may make it easier for people to engage online, but it does not provide a lot of the benefits of real-life human interactions. Problematic social media use is not a recognized addictive disorder, but there are similarities in the symptoms of someone with a substance use disorder and a person displaying excessive social media use.