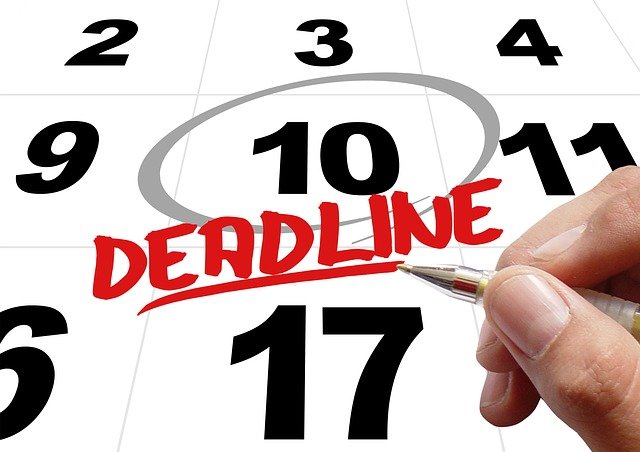 Women are less likely than men to ask for more time to complete projects with adjustable deadlines at work or school, new research finds. Compared to men, women were more concerned that they would be burdening others by asking for an extension, and that they would be seen as incompetent, the study showed.

Prior research has shown that women feel more time stress than men do and feeling uncomfortable about asking for more time to complete projects may be one important reason why, said a co-author of the study.

What the researchers say: “Women understandably feel like they have too many things to do and not enough time to do them. We found that not asking for more time to complete tasks undermines women’s well-being and also their performance,” he said. “But we also found a possible solution: Women were as likely to ask for deadline extensions as men when organizations had formal policies on making deadline extension requests.”

The research involved nine studies with more than 5,000 participants, including online panels of working adults and undergraduate students.

The lead researcher said that for him, one of the most compelling of the nine studies was one conducted in his own class. He assigned a discussion paper that was worth 20% of the grade to 103 students in an undergraduate business course. All students were given one week to submit the paper but were told they could email to request an extension without penalty.

Male students were more than twice as likely as female students to request an extension for the assignment (15% of female vs. 36% of male students).

“What we found is that when students requested an extension, they made good use of that time and performed better on the task,” the researchers said. “Women may hurt themselves by not requesting additional time.”

Several other of the nine studies that involving working adults showed that women’s focus on other people and their needs played a big role in why they were uncomfortable asking for deadline extensions.

In these studies, participants imagined they were assigned to submit a proposal for an upcoming event that was due the next day but needed more time. In the scenario, they could ask for an extension from their supervisor. They were asked a variety of questions about how asking for an extension might affect themselves and their team, and how it might affect how they were viewed by others.

Results showed that women believed they would be seen as less competent if they asked for an extension. But that wasn’t the main reason that women were reluctant to request more time.

And these feelings have real-life implications. Consistent with prior research, women in this study reported feeling more time-pressed and experienced more burnout than men.

But the good news from the findings is that organizations can level the playing field—resulting in women and men asking for more time on projects at nearly the same rate—by creating a formal way to request deadline extensions.

In one study, the researchers analyzed data from an online university that had a formal policy for extension requests—all students were entitled to four 24-hour extensions per semester, which could be requested using an online form. In this case, women were as likely to submit at least one request during the semester studied as were men (24% of women vs. 25% of men). That finding was replicated in another of the nine studies.

The researchers believe companies and other organizations should create formal avenues for requesting deadline extensions. “It’s a structural issue. When organizations have formal policies about deadlines, it creates the opportunity for men and women to have equal experiences for requesting additional time,” they said. “And we found evidence that allowing deadline extensions, when possible, can result in better work. That’s helpful for employers and employees.”

So, what? Relationships are equally important to all human genders—surrounding ourselves with a network of support is one of our primary drives. However, women and men—and maybe LGBT people—tend to use somewhat different strategies to secure that support.

This research is important because it highlights this essential fact. It’s the beginning of a discussion about the differing needs that the genders have and the differing ways they go about getting them met.

Whether the differences in approach are genetic, or the result of social conditioning, is up for debate. The relationship areas of the brain are larger in women, but that in of itself means little as all behavioral traits are a mixture of experience, genes and context.

Employers can alter the context and make the conditions of work more in line with the needs of all genders. Allowing for extensions is a case in point.