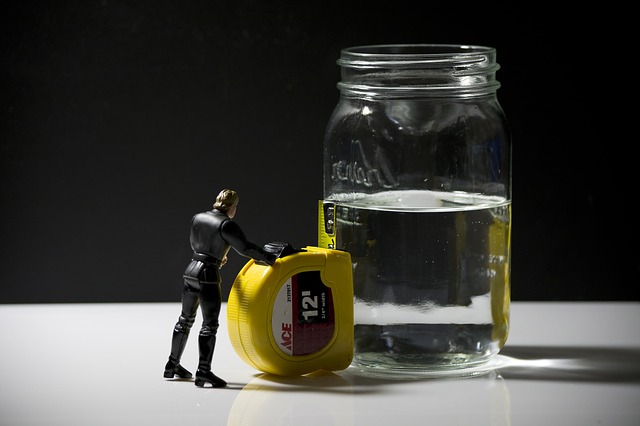 A positive-thinking bison, oryx or black bear, or human, has a better chance of a full belly and long-term health than a neutral-thinking or pessimistic one according to newly published research.

The team behind the study developed a model for animal foraging that considered ‘valence-dependent optimism bias’ — a lopsided learning process in which information about bad outcomes is discounted or ignored. The model showed that when faced with decisions, the foraging animals that gave mental weight to positive outcomes had an on-the-ground caloric advantage.

In the computer simulation, the fictional animal forager, equipped with partial knowledge of average food quality and travel time to new food sources, made ongoing decisions about whether to stay in a current patch of food, return to previously exploited areas, or explore new ones. Every time the forager moved a new patch, it “learned” about the area and added that information to its mental library. Like a human changing jobs.

What the researchers say: “Optimistic decision-making often led to healthier circumstances and better access to food,” said the lead author. “And even when it didn’t reap food rewards in the short term, the rapid learning was beneficial overall.”

In the wild animal mortality is driven primarily by starvation rather than predation. Animals that used extremely optimistic or extremely pessimistic strategies for decisions tended to die of starvation at a younger age (with a few lucky exceptions). But for mild optimists, health, life expectancy and reproduction rates were higher.

“The big catch is that strategies for a longer life were not always the same thing as ones for best health. An optimistic forager may not live for a longer period of time, but it accomplishes more in the time it has,” commented the researchers. “Presumably this is due to higher exploration rate which allows it to encounter and access high quality patches of food.

All consumers, whether they are foraging animals, capital investment firms, or fishing vessels, are constantly balancing known territory with the time and energy devoted to exploring new resources in order to explore territory and broaden their resources. Optimism is a mental glitch that offers an evolutionary advantage when dealing with limited information, spurring exploration and allowing for adaptations to changing environments.

So, what? Many studies have come, more or less, to the same conclusion. More recently, research has shown that almost all of us were born optimistic, as we learn more about the limitations of our environment and experience setbacks this is tempered and we can become either realistically optimistic or pessimistic. This process has nothing to do with the psychiatric disorders of mania or bipolar disorder, which are separate issues.

In about 25% of us our optimism genes are strong enough to overcome all obstacles and we remain temperamentally resilient though this will be tempered by realism. These people (or gnus) will have the best lives and will be the best mates.

Interestingly another study published this week showed that if physicians and specialists can give hope (optimism) to their patients—and indeed to the population at large—the patients or the populace are more likely to take the measures necessary to protect themselves.

These researchers found that there is an urgent need to incorporate this research for effective public health communication. They conducted surveys in eight Western democracies, which have already seen a surge of new and highly infectious COVID variants within their borders: The US, the UK, Sweden, France, Italy, Hungary, Germany and Denmark. 83 per cent of all respondents have heard about the new variants, but only 58 per cent report adhering more strongly to health advice as a consequence.

“This highlights the need to rethink current public communication, which often focuses more on the threat and less on the solutions. We are in the third year of the pandemic. Fatigue is rampant, and the discussions during the current omicron wave show how important effective health communication is. Our study has a key message to health authorities in this regard: Help people envision how we pull through,” said the lead researcher who also advises the Danish government on handling the corona crisis.

What the two studies teach us is that those who are naturally optimistic or who can be given hope are more likely to flourish and succeed. That is a lesson that all leaders—whether in business or in society—need to learn. Fear does not motivate.

I don’t often include stories from astronomy journals, however, this one is so important and profound in its implications for all of us that it’s more than worthwhile giving it space this week.

In order to have a functioning team, united organization or an integrated and diverse workforce, the first thing that must happen is that people have to establish the things they share in common.