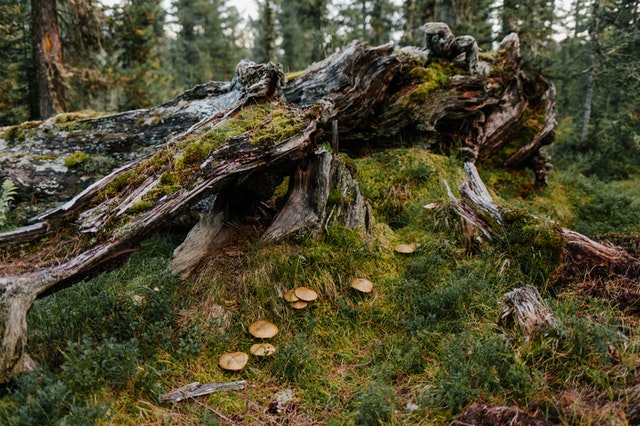 I don’t often include stories from astronomy journals in TR except (occasionally) in Science Sips. However, this one is so important and so profound in its implications for all of us that it’s more than worthwhile giving it space this week.

The researchers start from the well-proven premise that the collective activity of life—all of the microbes, plants, and animals—have changed planet Earth.

Take, for example, plants: plants ‘invented’ a way of undergoing photosynthesis to enhance their own survival, but in so doing, released oxygen that changed the entire function of our planet. This is just one example of individual lifeforms performing their own tasks, but collectively having an impact on a planetary scale.

These are questions posed by an international team of leading astrobiologists. Their self-described “thought experiment” combines current scientific understanding about the Earth with broader questions about how life alters a planet. In the paper, the researchers discuss what they call “planetary intelligence”—the idea of cognitive activity operating on a planetary scale—to raise new ideas about the ways in which humans might tackle global issues such as climate change.

What the researchers say: “If we ever hope to survive as a species, we must use our intelligence for the greater good of the planet,” said the lead author.

The researchers drew from ideas such as the Gaia hypothesis—which proposes that the biosphere interacts strongly with the non-living geological systems of air, water, and land to maintain Earth’s habitable state—to explain that even a non-technologically capable species can display planetary intelligence. The key is that the collective activity of life creates a system that is self-maintaining.

For example, they said, many recent studies have shown how the roots of the trees in a forest connect via underground networks of fungi known as mycorrhizal networks. If one part of the forest needs nutrients, the other parts send the stressed portions the nutrients they need to survive, via the mycorrhizal network. In this way, the forest maintains its own viability.

Right now, our civilization is what the researchers call an “immature technosphere,” a conglomeration of human-generated systems and technology that directly affects the planet but is not self-maintaining. For instance, the majority of our energy usage involves consuming fossil fuels that degrade Earth’s oceans and atmosphere. The technology and energy we consume to survive are destroying our home planet, which will, in turn, destroy our species.

Stage 1 – Immature biosphere: characteristic of very early Earth, billions of years ago and before a technological species, when microbes were present but vegetation had not yet come about. There were few global feedbacks because life couldn’t exert forces on Earth’s atmosphere, hydrosphere, and other planetary systems.

Stage 2 – Mature biosphere: characteristic of Earth, also before a technological species, from about 2.5 billion to 540 million years ago. Stable continents formed, vegetation and photosynthesis developed, oxygen built up in the atmosphere, and the ozone layer emerged. The biosphere exerted a strong influence on the Earth, perhaps helping to maintain Earth’s habitability.

Stage 3 – Immature technosphere: characteristic of Earth now, with interlinked systems of communication, transportation, technology, electricity, and computers. The technosphere is still immature, however, because it is not integrated into other Earth systems, such as the atmosphere. Instead, it draws matter and energy from Earth’s systems in ways that will drive the whole into a new state that likely doesn’t include the technosphere itself. Our current technosphere is, in the long run, working against itself.

“The million-dollar question is figuring out what planetary intelligence looks like and means for us in practice because we don’t know how to move to a mature technosphere yet,” said the lead author.

“The biosphere figured out how to host life by itself billions of years ago by creating systems for moving around nitrogen and transporting carbon,” the researchers said. “Now we have to figure out how to have the same kind of self-maintaining characteristics with the technosphere.”

So, what? Surely an intelligent life form could have rationally decided that almost all technology is destructive so their intelligence wouldn’t necessarily lead to a “technosphere.” As it is for the last few thousand years, we humans have only invented new technologies to try and solve problems created by earlier technology.

If that’s possible, then the idea of planetary intelligence doesn’t depend on humans or human-like intelligence. As we get to know more about non-human lifeforms—dogs, goldfish, fruit flies to name but a few—we are increasingly coming to see that intelligence is more than just conscious cognition. Does it make sense to speak of a human as being more intelligent than a cheetah, or an ant for that matter? I believe not.

Intelligence, as many studies have shown recently, is encoded in our genes and in the other neural systems (‘brains’) of the body—for example in our gut, our heart and our skin as well as our heads. Where each species stores that intelligence depends on its survival needs in the context of its evolution (for us the African savannah).

Therefore, planetary intelligence may well exist and if so, would most likely predate human beings. It just may be that we humans are too lacking in nonconscious intelligence to collaborate with it. Which perhaps makes the cheetah (or the ant) smarter than us.

In order to have a functioning team, united organization or an integrated and diverse workforce, the first thing that must happen is that people have to establish the things they share in common.

I don’t often include stories from astronomy journals, however, this one is so important and profound in its implications for all of us that it’s more than worthwhile giving it space this week.