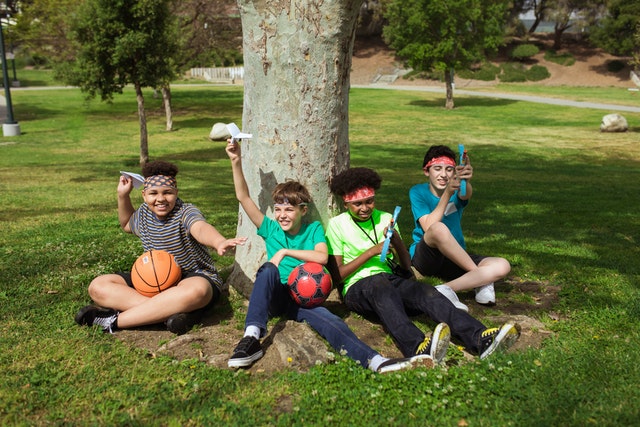 Popularity is important to children and adolescents—and, of course, adults. Some researchers have said that they think it’s more important to be popular than to have friends, because popularity is a marker of prestige, dominance and social status. Some people become popular through prosocial means. Others, paradoxically, through being disruptive and aggressive.

A longitudinal study of children and adolescents tested the hypothesis that aggressive and disruptive individuals engage in frequent conflicts with classmates to strengthen their position in the group and enhance their popularity.

Results of the study, published in the journal Personality and Individual Differences, revealed that higher initial levels of peer-reported aggression and disruptiveness were associated with increases in peer-reported popularity over the course of a semester, particularly for children who reported frequent disagreements with peers.

Because aggression usually arises within the context of a conflict, it follows that conflicts with aggressive children carry an implicit threat of harm. To avert aggression, classmates are apt to submit, which provides visible evidence of dominance and promotes short-term gains in popularity.

What the researchers say: “Although we think it unlikely that contentiousness alone is a foundation for popularity, it may signal to peers a willingness to deploy discord to achieve ends,” the lead author said. “Because conflict contains the potential for escalation, it amplifies dangers that can arise when aggressive and disruptive children are crossed. Aggressive children who are frequently in conflict need not always resort to coercion; the mere prospect of unpleasant behavior may persuade others to submit.”

Study participants included a diverse sample of Florida children ages 8 to 12, attending a primary school whose population mirrored that of public school students in the state in terms of ethnicity and socioeconomic status.

“A similar process appears to work for disruptive children, although less pronounced. Submission in response to a disagreement with a disruptive child avoids irritating classmates who are aware of the risks of antagonizing someone who is willing to unsettle the group to get their way,” the researchers said.

They emphasize that by itself, conflict is not a means to peer status. However, they say that it can be an effective tool that amplifies conspicuous attributes that undergird some forms of popularity.

“We do not claim that conflicts used in this manner are a healthy avenue to well-being. The consequences of conflict depend on the context, the aims and the ways in which it is managed,” they added. “We do claim, however, that disagreement can be an efficient social strategy that leverages the implicit threat of coercion into dominance, bolstering popularity through reminders rather than actual displays of aggression and disruption.”

So, what? Alicia and I have found this to be true in many of the corporations and other organizations that we work with. The personality traits that lead to the behaviors outlined in the research can be both inherited and/or learned by childhood experience.

The more the behaviors are rewarded, especially by increased social status, the more ingrained they become. For example, adult bullies are more likely to be promoted and statistically speaking earn more than their non-bullying fellow workers.

We and other researchers have found that bullies tend to get a following and a great deal of at least surface popularity. As the present researchers note, the two reasons that conflict-orientated individuals gain followers are fear and safety. People feel on the one hand that these individuals will be strong enough to protect them—which is why “strong men” autocrats thrive—and through fear of reprisals if they cross the potentially violent personality. (For more on bullying see my article on the cause of bullying and the solution to it).

The notion of brilliance in the workplace can foster a “masculinity contest culture”, discouraging women’s participation and undermining their ability to advance professionally.

Popularity is important to children and adolescents—and, of course, adults. Some researchers have said that they think it’s more important to be popular than to have friends.Some people become popular through prosocial means, others through being disruptive and aggressive.

How to reduce loneliness: Meaningful activities can improve health, well-being

Becoming engrossed in enjoyable activities that require both concentration and skill, such as playing the piano or painting, can lead to a state of flow. Time passes quickly, giving life meaning, and experiences of loneliness are reduced.