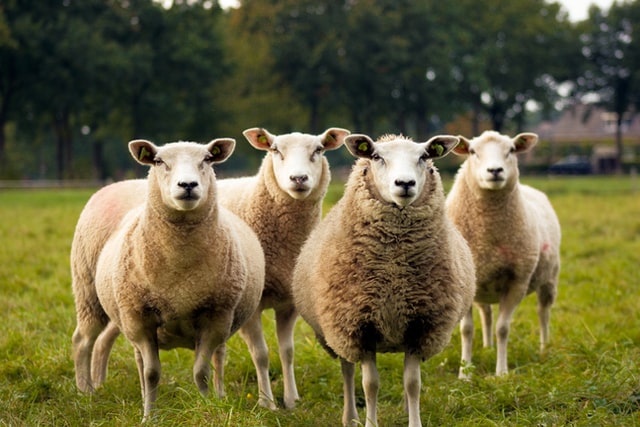 People learn valuable information from how long others hesitate before making their decisions, a new study suggests. The researchers found that when people saw others in their group hesitating before making a choice, they were about twice as likely to break from the group and make a different choice.

What the researchers say: “When we see other people hesitate before making a choice, that tells us they were conflicted, that they weren’t entirely sure they were making the right decision,” said the lead researcher. “That makes people less confident in the group consensus and frees them to make decisions based on their own information. That can help groups to escape bad outcomes.” The study was published in the journal Management Science.

The findings have implications for group behavior in politics, finance, fashion—any situation where there might be herd behavior. “Even if it appears at first that everyone is following the same trend, hesitation may reveal that they are not all on the same page,” the researchers said. “If people start to notice that others are hesitating before joining the herd, that can stall the momentum or shift it entirely.”

In each of 30 rounds, groups of eight participants were given identical virtual bags containing three balls, each marked either “A” or “B” (the study was conducted on computers). One at a time, each participant pulled one ball, saw which letter was on it, and then guessed which letter appeared most frequently in the bag.

For example, imagine that the first group member pulled out a ball that was marked A. It would make sense for that person to guess that the bag contained more A balls. Each person following could see what the previous participants guessed—but not what letters were on those earlier balls. That left some participants later in the chain with a dilemma.

Say you were fourth in line and you pulled an A ball. That would suggest there are more A balls in the bag. But you see the previous three people guessed B. You have to decide whether to go with your information that suggests guessing A, or to go with the herd and guess B.

That’s where hesitation comes in, according to the researchers. If you see that the previous person in the chain waited awhile before choosing B, that may be an important signal.

That previous person may have also pulled an A ball, like you did, and hesitated before choosing B with the herd. In that case, choosing A might actually make sense for you.

That’s exactly how many participants interpreted situations where their information conflicted with the group. When their predecessor responded slowly, participants chose against the herd about 66% of the time, compared to only 33% of the time when their predecessor chose quickly. In cases where the group was making the wrong decision, this often led people to break from the herd and make the correct choice.

“A couple of bad decisions at the beginning can lead everyone astray. That’s the herd behavior,” the lead researcher said. “But what we found is that if people can see the hesitation in others’ choices, that can help them break the chain and change the course of the group.”

The same phenomenon can work the opposite way, too. Fast decisions by others can reinforce one’s own information. For example, if a person sees their friends quickly choose to get a vaccine for COVID-19, that may make them more comfortable making the same choice. On the other hand, if friends hesitate before getting a vaccine—even if they eventually get one—that may make a person less sure about whether to get the shot, he said.

So, what? This study is interesting on a number of levels. First it confirms that we tend to follow what others in our group elect to do or believe. This is an important part of belonging and is hardwired into our DNA.

But seeing hesitancy we get the message that this action, or belief, is not necessarily a condition of belonging and this enables our brain to search for other information to base a choice on. In both cases, as prior research has shown, the decision is unconscious and is later ratified by the conscious mind.

It could also be that the apparent indecision of the group leads to fear regarding the group’s stability, and this may drive the amygdala to direct the brain to come up with a “safer” decision as a preparation to leaving the group.

Knowing who needs to be where, on what day and at what time. Buying a bigger pair of pants before a child outgrows what is currently hanging in the closet. Always having a jar of unopened peanut butter on hand.

How we decide to hold 'em or fold 'em

You’re in the Oval Office and you’re holding a bad hand—your demand for a wall which almost no one other than your most ardent supporters wants—one with a very low chance of winning. Even so, the sight of the large stack of chips that piled up during a recent lucky streak (the 2016 election) nudges you to place a large bet anyway (an address to the nation).