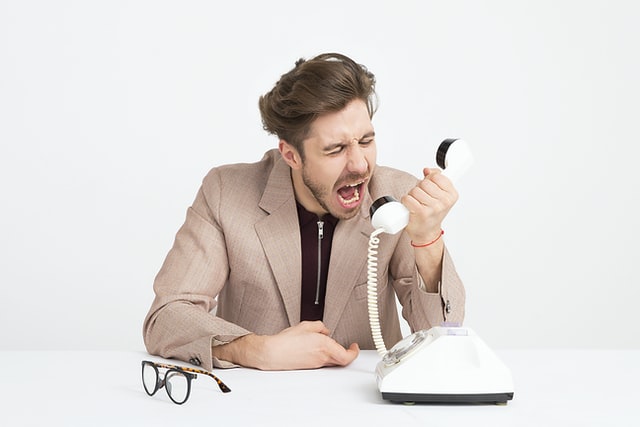 Previous research noted in TR has shown that companies tend to rush into automation even when it’s clear that there is little or no benefit to doing so.

Take service center operations for example. In the digital age these operations, including call centers and help desks, are increasingly important as main channels for organizations to interact with their customers. Companies are looking for ways to manage service centers more efficiently — including routing calls to appropriate representatives — because service centers have a direct impact on customer satisfaction and firm performance.

To consumers, the answer might seem obvious: Put a human on the phone. But high-touch customer service that requires human interaction is expensive and high maintenance, making automation an attractive option for companies. Surprisingly, the solution may not be human versus machine, but an approach that combines the two.

The new research centers on the concept of behavioral inertia, which refers to a tendency to stick with the status quo. Because of their cognitive biases and social relationships, service center agents route calls the way they’ve always done in the past.

What the researchers say: “In general, this inertia costs time and money compared with the optimization you can get with automation,” said the lead author. “However, there are certain situations where inertia actually improves service center operations. When agents are experts, or when they are handling particularly complex, difficult calls, these inertial behaviors are beneficial in terms of efficiency and effectiveness.”

Ideally, organizations want to route calls to the right place without requiring excessive time, attention and money. This leads to widespread automation.

“Often the automation is awful, so you can never replace humans entirely,” she said. “Instead, we end up with combinations of humans and automation. It is critical to understand when one outperforms the other. This is particularly important now, since artificial intelligence technologies are increasingly being used in service centers. Services will inevitably involve humans working in conjunction with technologies, and it is critical to understand when the technology provides benefits and when the human does.”

Firms generally try to optimize routing in their call centers based on a couple of major assumptions. First, they work under the premise that call center agents will follow the guidance of systems they implement. Second, they generally assume that prescribed routing schemes will be optimal in terms of efficiency and effectiveness over human routing. As I say: never assume—70% of all assumptions are wrong.

“We find humans do not always follow the guidance as expected — as indicated by their behavioral inertia,” the researchers said. “And we find this inertia can be good when the agents are experts or when they are dealing with really difficult issues.”

“For example, a service center’s routing protocol may indicate that Agent A should route an issue to Agent B based on various factors such as length of queue or general expertise,” they explained. “However, based on cognitive biases and social embeddedness, Agent A may route the issue to Agent C. While such routing discretion can hinder overall service center performance, we discovered that it is beneficial when the issue is particularly difficult and/or the agent has high expertise.”

The team analyzed call routing from 79,994 calls to a service center of a North American technology company that employs more than 180 agents. They also conducted interviews and an onsite visit.

“By bringing to light the presence of a significant behavioral inertia effect, service center supervisors can implement policies to maximize the benefits of inertia, while also limiting its effect overall. This requires striking a balance between highly directive automated routing systems and allowing for agent discretion,” they wrote

“The takeaway for companies is that human discretion is good in certain situations, but not all situations,” said the lead author. “As such, companies should establish routing protocols that afford agents a certain amount of discretion when making routing decisions, but too much discretion is suboptimal.”

So, what? Our own research has shown that humans by and large are quite happy to interact with machines—like self-service check-outs in supermarkets—but not talk to them. We want, and are genetically wired to need, to interact with other humans. Without that we become depressed. If we are forced to work too closely with too much automation, we burnout.

Some years ago, a mega-study came to an amazing conclusion—one which has been verified many times since—that “never in the course of human existence has any piece of technology advanced the sum of human happiness.”

Outside of increasing profitability and increasing the riches of the few, there is utterly no reason for a good deal of automation. Many of the so-called routine jobs (and many that are anything but routine) have been automated causing untold misery—if only because the people who did them actually liked and relied on the work and equally importantly found belonging with the people they worked with.