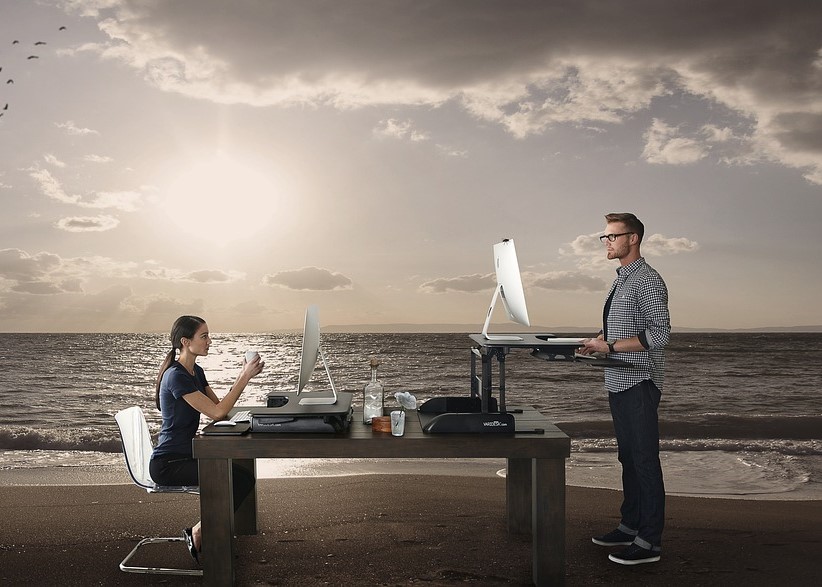 Last winter, Goldman Sachs reported it was working to make things better after a group of junior analysts revolted against 100-hour work weeks.

That’s a smart thing to do (making things better, that is), suggests a new study. Drawing from more than 6,000 employee reviews of their workplaces and data on their firms’ forecasting accuracy, the research shows that making improvements to hardworking analysts’ work-life balance produces dividends for the company and for the analysts’ careers.

What the researchers say: “There is a lot of anecdotal evidence, but here we provide large-scale evidence that supports the recent push to grant these employees at least some reprieve from the extremes of their jobs,” said the study’s lead author.

Too much of a good thing is possible, however. The study found there was a limit to the positive performance impact of improving work-life balance.

An analyst’s forecast accuracy—that is, how correct their forecasts are about a company’s future earnings and whether it’s a recommended stock pick—maxed out once analysts’ work-life balance hit about 3.5, or “okay,” on a 5-point review scale.

Investment returns based on those stock recommendations showed a similar effect, with returns maxing out when work-life balance reached about 3 out of 5 points. It’s thought that this is because people need a certain amount of mental stimulation and demand to process information efficiently.

“If you have too much work-life balance, that means you’re not focusing enough on work,” said the lead researcher. “A little bit of stress is probably a good thing but if it’s too much then the pressure becomes daunting, and you can’t do anything.”

The researchers chose stock analysts to measure the impacts of work-life balance because of their reputation for being more professionally aggressive, career-oriented and having a higher tolerance for stress. They often put in as much as 70 to 110 hours a week during quarterly earnings seasons, when companies are issuing their reports. “They’re not your typical animals,” the researchers said, making it less obvious that work-life balance would affect them the same as it does other workers.

Financial analysts are also important to study because the information they provide contributes significantly to the operation of capital markets. “Learning about the source of variations in their work performance is important by itself,” they added.

So, what? Our own experience of working with similar employees to those studied showed that a sense of belonging to the specialist tribe of analysts was very important to them. In many cases more important that their families. Other researchers have noticed the same in other industries such as police and firefighters (see a recent TR report).

When researchers have studied the “why” of people coming to work or staying in a job (even when it’s stressful or the material rewards of another job were more enticing) what they found was there were four main reasons:

Given that, it isn’t surprising research has shown working from home or having too much work-life-balance can be very stressful.