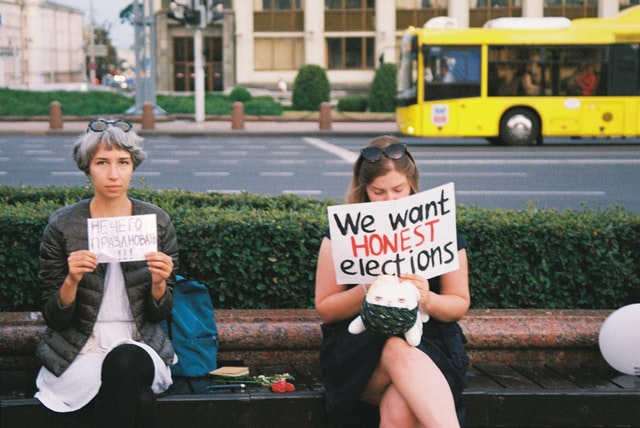 In 2016 a congenital liar was elected to the most powerful position in the world and may well be reelected. That alone makes this study both timely and very important.

Pundits tell us endlessly that the public has grown tired of candidates who say one thing on the election trail then do another when in office, but this new study suggests truthful candidates might be less likely to make it through to elected office.

Drawing on findings from a lab-based election experiment involving 308 people, this research highlights how even though voters indicate trust and legitimacy are important factors in deciding on how to cast their votes, candidates who progress in politics are those most prepared to renege on electoral promises.

In their study, the researchers designed a game-theory experiment to test the importance of trustworthiness and to see how individuals react when faced with various different election scenarios. Their two-stage election process first involved individuals vying against each other to win their party’s candidacy (similar to US primaries).

They then asked “candidates” in the experiment how much they would invest (on a scale of 100) as a measure of how eager they were to gain selection in terms of money, time or effort they would put in to get through the selection phase. Those who invested the most had the highest probability of getting through to round two.

If selected to stand for office, candidates next had to choose how much money they would promise to voters in an election, attempting to win over an undecided public. This could reflect campaign promises on tax and spending, for example. Finally, if elected, politicians had to decide how to actually make decisions outside the election race, choosing how much they would transfer to voters or whether to renege on promises.

Their findings highlight that those most likely to make it through the selection process because of their high investments in the first stage were those who reneged on their promises most when elected to office. In other words, those who had been most eager to be selected were also those most likely to deviate from what they had promised.

What the researchers say: “Our study highlights why it may not be too surprising to find candidates on the campaign trail who lie. This should concern us all given the low levels of trust in politics,” said the lead author. “There is a clear paradox here in terms of an electorate which says what’s missing in politics is greater trust, yet results which indicate that candidates who lie more, somehow still have a higher chance of gaining office.

“From a game theory perspective the reason why this is the case is clear, but these results should serve as a reminder about the importance of challenging untruths among candidates and, more broadly, increasing and improving transparency in the system.”

The researchers stress that it is also the case that honest individuals invest time and resources to making it into office, however from these results they were unable to cut through in the same number as their more dishonest rivals.

The team behind the study suggest that to improve trust, much more robust fact-checking, transparency around campaign finances and public scrutiny of campaign promises would help. They also argue that schemes to reduce the incentive for dishonesty could include new mechanisms to make campaign promises binding. In the study, when the first stage of the election process was transparent, they found the correlation between ‘lie size’ when in office and how eager a candidate had been to be selected disappeared.

So, what? Alicia and I have been saying for years that putting trust in people has nothing to do with their past performance. What people look for is the perceived ability to fulfill promises going forward. If I think you can fulfill a promise, then I am much more likely to trust that you will regardless of your past record.

We have posited this because, in our view, the brain is a forward-looking machine. Humans are concerned with tomorrow much more than we are with yesterday. As the world becomes more stressed and anxious this trend will magnify since anxiety is largely fear of the future whereas depression is mostly obsession with the past.

We will have more liars making more promises and relying on us to forget their past lies. You only have to look at the leaders that have arisen around the world to see that this is true.

Biden’s problem is that he’s not nearly so accomplished or pathological a liar as his opponent.