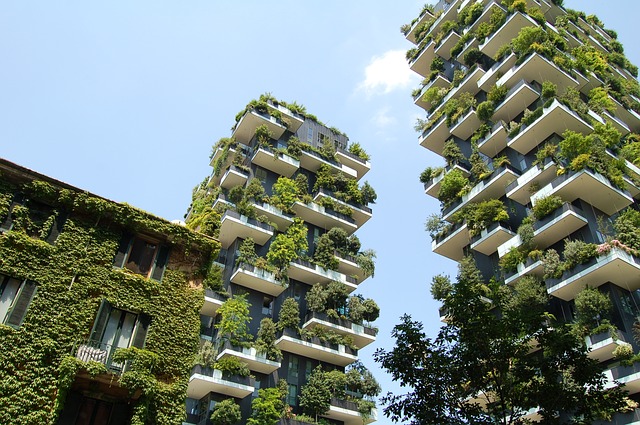 Green infrastructure has been embraced as a tool to help cities achieve sustainability and resilience goals while improving the lives of urban residents. How green infrastructure is defined guides the types of projects that cities implement, with enduring impacts on people and the urban environment.

A new nationwide analysis of 122 plans from 20 US cities, published in Frontiers in Ecology and the Environment, found that many plans fail to explicitly define green infrastructure. When they do, they tend to focus on stormwater management, favoring engineered facilities over parks and larger urban green spaces. The study is the first systematic review of the use and definition of the green infrastructure concept in US city plans.

What the researchers say: “Green infrastructure is broadly understood to be a good thing, but many city plans lack a clear definition of what it actually is. Hydrological definitions dominate. This narrow view can limit project funding and cause cities to miss out on vital social and ecological services that more integrative green infrastructure can provide,” the lead author told us.

Green infrastructure has its roots in 19th-century landscape design. Its original conceptualization was broad, taking in parks, trail systems, gardens, and other natural landscape features that provide benefits for people and the environment. This shifted in 2007, when the US Environmental Protection Agency defined green infrastructure as a set of best practices for managing stormwater, to meet Clean Water Act regulations.

Among the team’s findings: 39% of plans that refer to green infrastructure do not define what it is. Of those that do, stormwater concepts predominate (59%), followed by landscape concepts (17%), ‘integrative’ – which combines stormwater and landscape concepts (15%), and other (9%). Across plans containing definitions, 57% had several different definitions, with a total of 153 unique definitions identified, indicating that green infrastructure means different things to city planners across the US.

What qualifies as green infrastructure also varied widely. Across GI definitions, 693 different types of green infrastructure were identified. The features most commonly included in plans were trees (90%), rain gardens (75%), ‘other stormwater facilities’ (55%), blue-green corridors (60%), and green roofs (65%). Some cities went so far as to include green energy and alternative transportation technologies within their definitions of GI.

Taking in the breadth of concepts outlined in the 122 plans, the authors developed a synthetic definition of green infrastructure to guide future research and planning, and help cities and researchers adopt a more comprehensive view of what green infrastructure entails and the benefits it confers.

“The US is poised to make large-scale, needed, investments in urban infrastructure,” the researchers concluded. “To ensure these investments build environmental resilience in a way that benefits the lives of all urban residents, we’ve put forth a more comprehensive definition of green infrastructure, to guide planning, policy, and practice – with the goal of facilitating more equitable urban greening.”

So, what? The good news here is that the idea that there is a broader social and environmental context to GI is gaining ground. Fewer parks are being built over, for example. That’s a great start. We still have to overcome the fact that there is more money to be made by building something than in preserving something—even if it’s “green” office space, which is increasingly going to be left empty, constructed over potential park space—the Barangaroo development in Sydney is a case in point.

Survival of our civilization may be what the next elections in developed nations are all about. And that may be the least of it. Recent discoveries have suggested that our late cousins the Neanderthals, and our ancestors, homo erectus, were both wiped out by climate change. Is this what we really want for us?